Photographer Joshua Cripps captured this incredible shot of the solar eclipse happening just behind the silhouette of a man and his camel in the desert.

Awe-inspiring photographs all have something in common—the photographer was in the right place at the right time. Sometimes, it’s by happenstance; but, as photographer Joshua Cripps demonstrates, it is often the result of months of preparation. The California-based creative was planning on being in the Middle East in mid-December 2019 when he found out there would be an annular solar eclipse. This event convinced him to extend his trip to snap a picture of the magnificent sight. And thanks to his “crazy amount of planning,” he was able to capture a shot of the eclipse perfectly framing a man walking a camel across a sand dune. 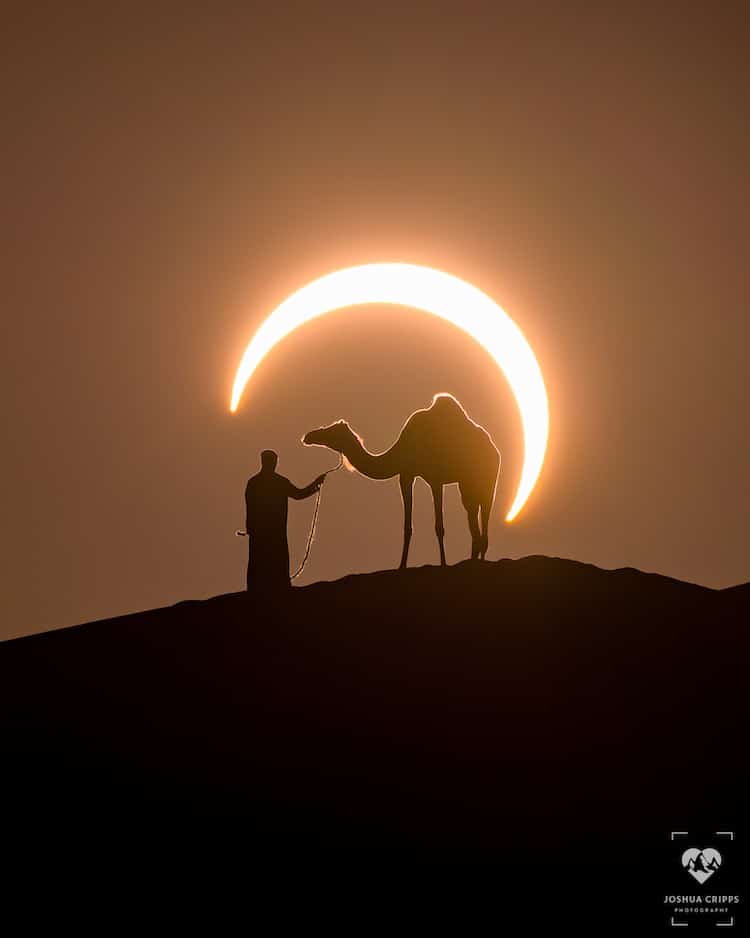 So, how did Cripps pull off this photograph? “The whole shoot was meticulously planned,” he reveals to My Modern Met, “from the country (UAE) to the location (Liwa desert), to even the GPS coordinates of where I and camel would both stand, as well as the focal length of the lens I would use. Even the timing was planned, down to the minute of when the eclipse would appear in the frame behind the man and his camel. ”

Cripps used an app called PhotoPills to first determine the ideal location, and then he began to think about the subject matter. He wanted something that would be “representative of the region and landscape,” and he eventually settled on a camel as it was a domesticated animal easier to control than a creature like a falcon or an Arabian horse.

As for sand drifts, not just any dune would do. Cripps had specific requirements for how tall the dune would have to be in order to get the shot. He knew that he would have to stand almost exactly 1,000 feet away from the camel to get the correct proportions between the size of the camel and the sun. He also realized that he’d need a dune that was visible against the sky when standing at an angle of 6.15 degrees. Luckily, Cripps was able to find a sand dune that met his stringent criteria.

With all the planning done, Cripps could only wait until the eclipse began. And once it did, he was in constant motion: getting things in place, shooting test exposures, and continually altering his compositions to chase the sun. The entire eclipse lasted nearly two and a half hours, and Cripps spent 23 minutes snapping a series of 133 images that captured the essence of what he set out to do.

Cripps is already thinking about shooting future eclipses, and he won’t have to wait too long. There will be a total solar eclipse visible in a “small slice” of South America on December 14, 2020. He’s now brainstorming what he’ll shoot during that time.

Thanks to meticulous planning, Joshua Cripps was able to capture amazing solar eclipse photography of a man walking a camel across a sand dune. 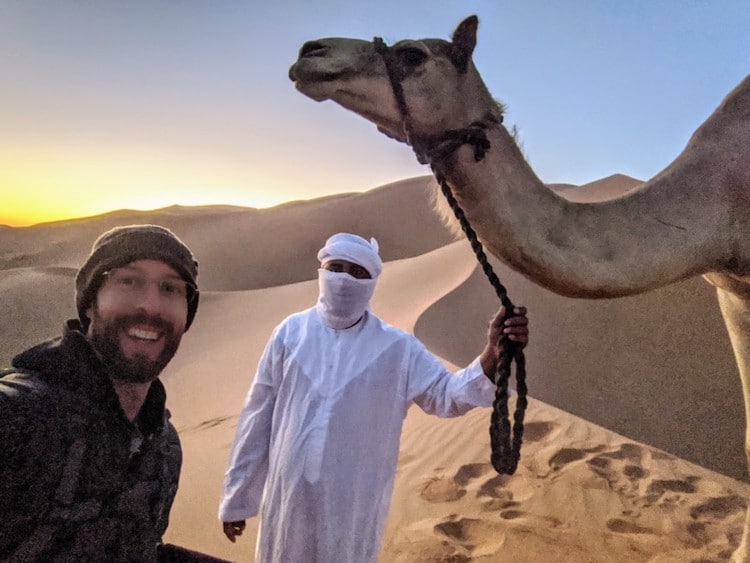 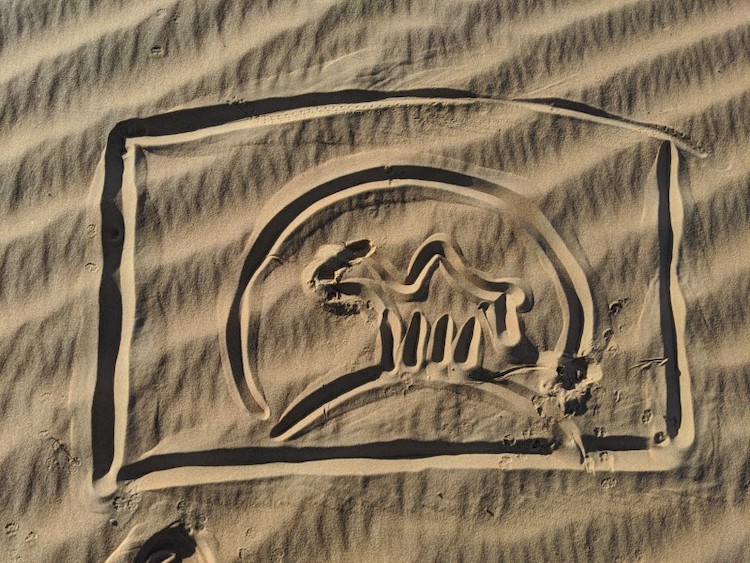 Over the span of 23-minutes, Cripps snapped 133 photos. 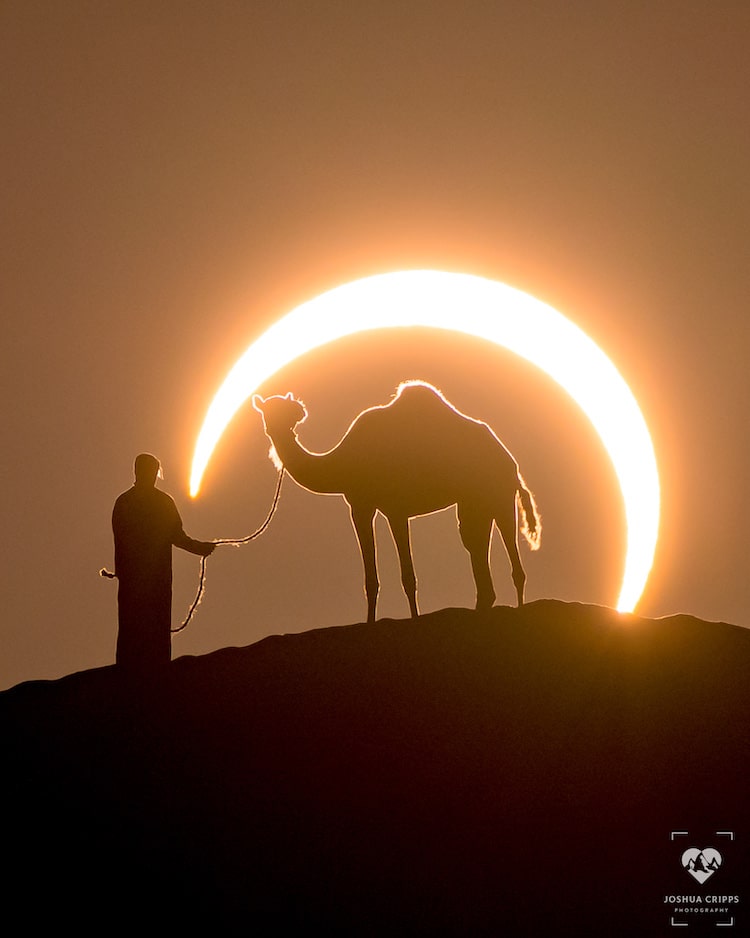 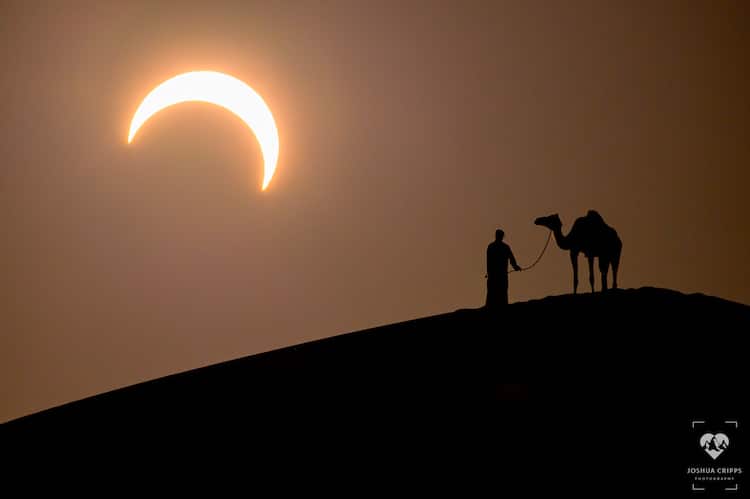 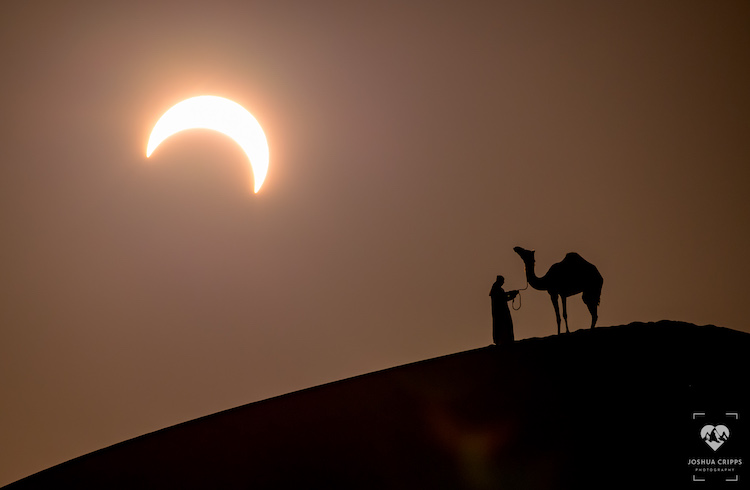 Photographer Captures The Lives Of People In Yakutia, Where It Gets As Cold As -58 Fahrenheit

Photographer Captures The Lives Of People In Yakutia, Where It Gets...

Great White Shark Went Viral After Breaching 15 Feet Into The...

I Traveled Around The World To Take Photos Of The Most...